The Celts lived in communion with the stars, the wind, the trees, the flowers and with all the animals. For them the vegetable kingdom was a source of wisdom and exercised a field of action in the mystical and spiritual sphere.

The soul of the plant, according to them, possessed mysterious abilities that could be made available to man.
The Druids, Celtic priestly caste, possessed mediumistic faculties and through fumigations, potions, visions and the reading of the runes they could get in touch with the entities of nature.

Triskell, the fragrance dedicated to the Celtic people and in particular to the Druids, is a total immersion in the world of nature in the North and its secrets. An embrace of flowery arrangements and precious and sacred herbs, mosses and conifers with an evocative and unusual appeal.

Artemisia, blueberry, bergamot and coriander leave the field to the Alaskan fir and cedar, to mosses and northern plants. Components with strong properties, used in ancient mystery rituals to the divinities of nature with marked symbolic values.

The term is usually traced back to the Greek "τρισκελης", "triskélès", which means "three-legged". The meaning is partly shrouded in mystery, representing a stylized version of the solar movement, depicting a sort of "solar wheel".

 Be the first to write your review! 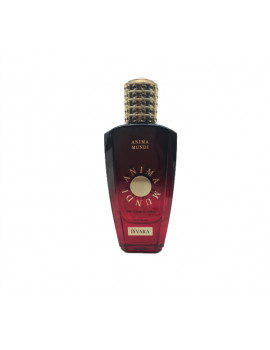